This project is a subsequent work after completing an architectural research about the Arctic. Polar regions which stand face to face with great environmental, social and economic changes, require also architects to adapt to circumstances and possibilities there. The project is about Franz Josef Land, about an expedition to the archipelago and designing infrastructure for the demands of future’s increasing tourism in the Arctic.
In August 2013 architect Mari Hunt took part of a 40 day long expedition to Franz Josef Land. It was an expedition organised by National Geographic and National Park “Russian Arctic” to assess the current conservation state and long-term environmental changes in the High Arctic ecosystem of Franz Josef Land. Mari was invited to work in Northbrook island to design the future tourist infrastructure at Cape Flora.
Cape Flora is visually the most impressive part of Northbrook. The colourful rock faces on the plateau mountain rise about 200 m from the low plateau of the cape. The masses of birds breeding up in the rock faces fertilize the lowland and slopes underneath. This explains together with the southward orientation the unusually vigorous flora of the place. Its coastline is steep due to sea and ice pressure erosion and the narrow beach consists mainly of boulders and stones washed out of the coastal cliff behind. This rough beach line, open to the sea from east to southwest, can make landings by boat sometimes difficult to impossible. Apart from sea erosion, also thermokarst contributes to the loss of land at Cape Flora: Due to retreating permafrost, ice in the ground disappears gradually in the upper layer, causing cavities which collapse or allow a subsurface drainage of water from the surface. It is expected that this will make the characteristic pond on the Cape Flora flatland dry out in a not so distant future.
The slopes above the lowland of the cape are partly covered by a thick layer of mosses and lichens, which are extremely sensitive to steps – these zones should not be walked on. Equally endangered by visitors are the steep slopes and gullies of loose material at the edge of the lowland down to the shore, where walking causes erosion and thereby the destruction of vegetation – and the plants flowering there can also be found in less vulnerable flatter terrain nearby (more info www.franz-josef-land.info).
Due to its location at the southern rim of the archipelago and less ice problems than in other parts of Franz Josef Land, Cape Flora became a frequently used base for expeditions in the pioneer age of the late 19th to early 20th century. British yachtsman and explorer Benjamin Leigh Smith was shipwrecked at Cape Flora in 1881. A chance encounter between explorers Fridtjof Nansen and Frederick George Jackson took place here in 1896. When this meeting occurred, Jackson was leading the Jackson-Harmsworth Expedition, which during its 3 years mapped and explored from Cape Flora most of the western part of the whole archipelago.
On lowland of the Cape Flora, some of the historic relics are still visible. There are traces of building foundations like log houses and octagonal shelters, paths of old stone roads and a burial place of a sailor. Of the little historic remains left on Cape Flora today, most dates back to the end of the 19th century by Jackson expedition. Additional objects from later period are many monuments and plates for all kinds of historic events.
The goal of the architectural project was to map the territory and the exciting places what to take into account when planning the trails. The trails had to serve the educational and natural purposes, bypass the archaeological and historical attractions as well as abundant flora. Other team members were making topographical and archaeological research that served as base material for the trails. 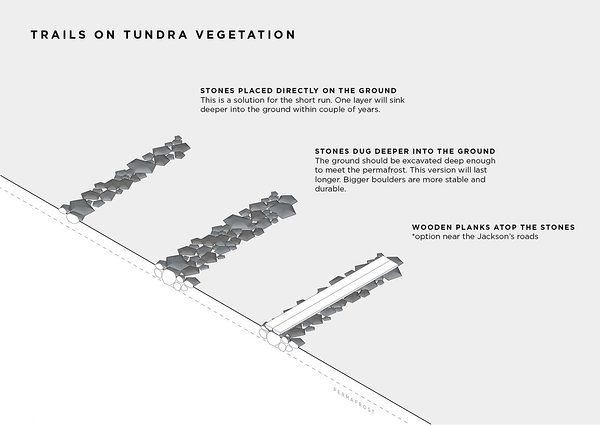 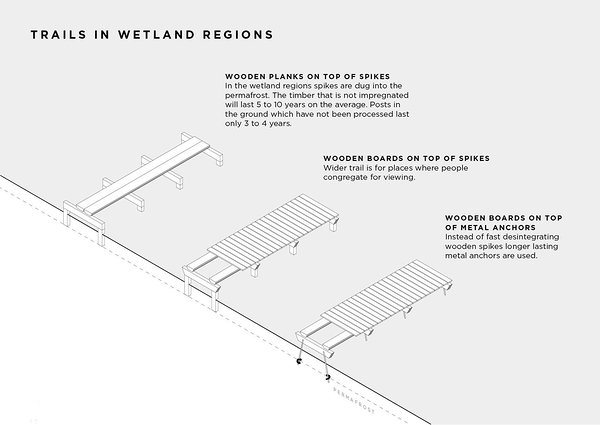 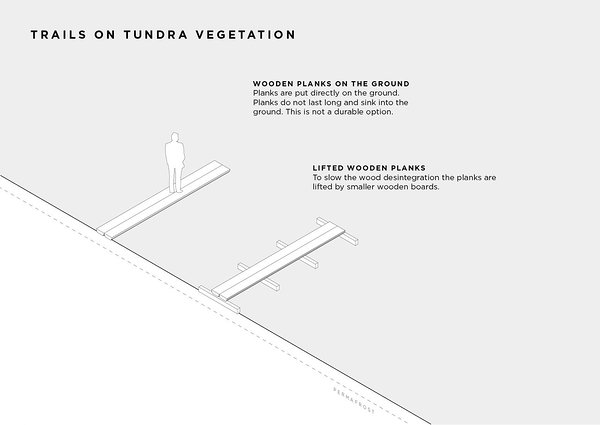 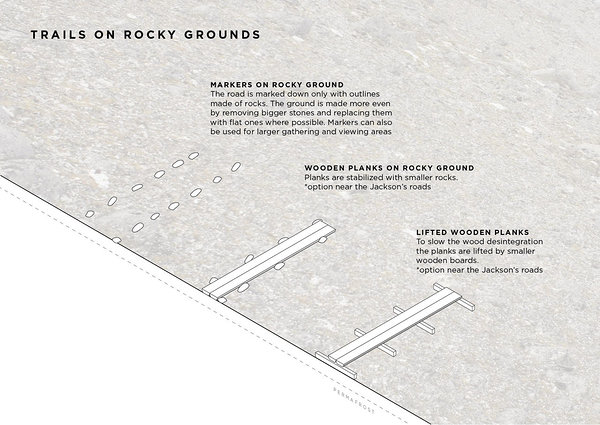